July 9th, 2016 marks the 5th birthday of the world’s youngest country in world. South Sudan’s founding was a moment of hope. That moment fizzled after a war broke out in 2013 and forced 2.3 million South Sudanese to flee their homes. That’s 1/5 of the country. 5.1 million people, nearly half the country, are in need of urgent humanitarian assistance.

5-year-olds like Zeieya, Chianyal, Nyahok, and Nyasunday were born into peace, yet their memories are filled with nothing but life’s unpleasantness: violence, war, poverty, homelessness, and malnourishment. CARE has created photo essays of these 4 girls, giving us a heartbreaking glimpse at their lives in conflict. One girl’s favorite “game” is imagining that she has food, while another girl lives in a forest to escape the fighting. These are 5-year-old children. A 5-year-old should be preparing for kindergarten, not going hungry because of a war that has been going on for their entire life. 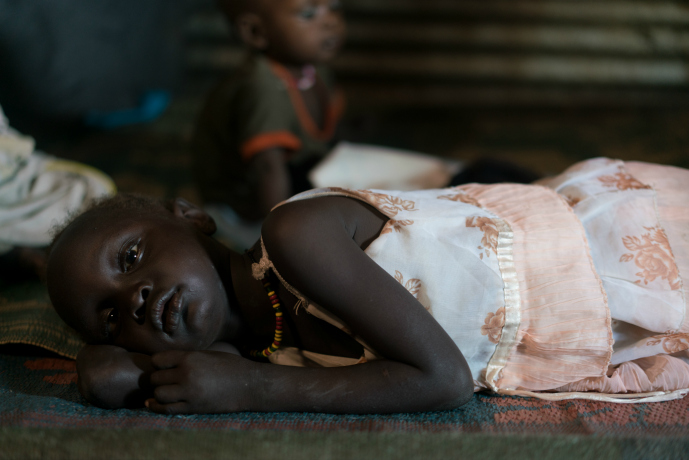 Nyasunday has lived in a UN camp since her home was burned down. 2.3 million South Sudanese have lost their homes since fighting began there in 2013.

Nysunday helps her mother carry buckets of drinking water every day. She and everyone in the camp rely on aid groups for water.

Nyasunday was severely malnourished until CARE gave her food. 680,000 children in South Sudan are malnourished.

There’s no food at the nearby school, so Nyasunday doesn’t go. South Sudan has the highest proportion of girls who aren’t in school of any country in the world. 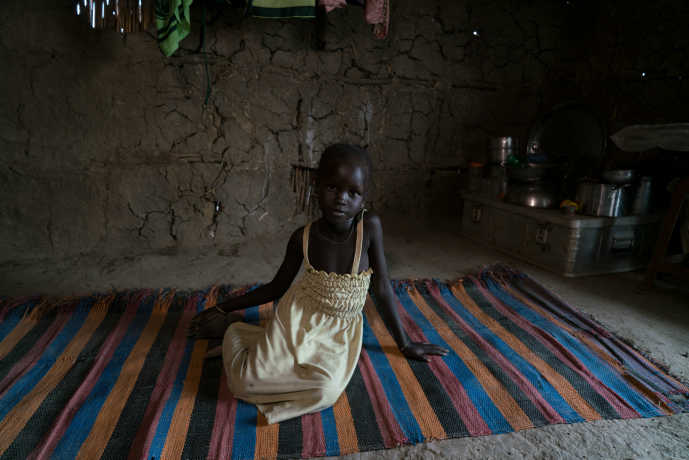 Zeieya’s home was destroyed when war came to her town in 2014.

Zeieya helps care for her family’s goat. They hope the goat has a kid so they can drink the milk. 680,000 children in South Sudan are malnourished. Summer temperature soar above 100 degrees where Zeieya lives. There aren’t enough wells, so kids often drink dirty water

Zeieya has no toys. Her favorite game is pretending to grind sorghum to eat. She’s one of the 2.8 million people in South Sudan that are in urgent need of food assistance.

Zeieya doesn’t go to school. Instead, she spends hours collecting firewood for money. 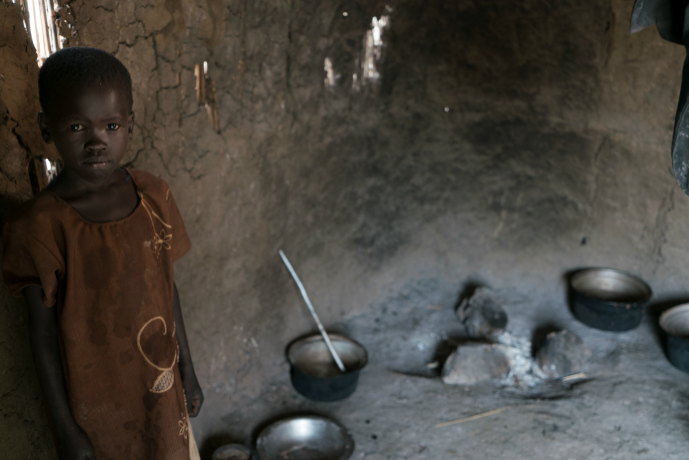 Nyahok’s home was burned down in 2014 when the war came to her town.

There isn’t enough clean water where Nyahok lives, so she and other kids drink dirty, disease-laden water. Children in South Sudan are 13 times more likely to die before their 5th birthday than American children.

Nyahok’s favorite game is mixing dirt with water and pretending she’s cooking food. With no crops or cattle, Nyahok’s mother feeds her a porridge of grains and wild leaves.

Nyahok’s family doesn’t have money to send her to school. 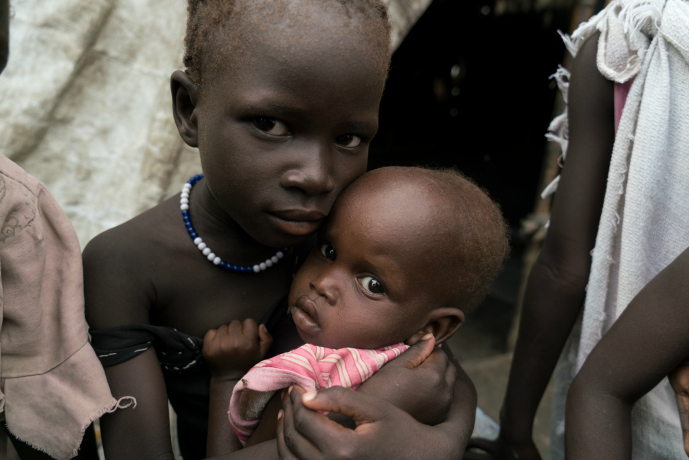 Chianyal lived in a forest before finding shelter in a UN camp.

Chianyal washes herself with cups of water. Everyone in her camp depends on aid groups for water. Chianyal contracted malaria in May and still gets a fever at night. The UN calls South Sudan’s current malaria outbreak.

Chianyal skips rope and makes mud figurines with other kids in the camp. 180,000 South Sudanese live in UN protection camps.

Chianyal doesn’t go to school so she can look after her baby sister Nyanen.

CARE helped more than 300,000 people in South Sudan, but international funding is only a ¼ of what is needed to help South Sudan recover.

Please keep the children and their families in mind, because every little bit can help to improve the lives of many. It can be $41 that can go towards 2 weeks of clean water, $70 for a crop kit for a family to begin growing food again, $84 for 3 months of emergency meals, $150 for nutritional support for a malnourished child, or an amount of your choice. For South Sudan’s 5th birthday, give its children hope for a better future. Our children are our future. The least thing we can do for them is helping them reach their full potential.

These images have been captured by a CARE photographer.
Thank you to CARE for sponsoring today’s post and inspiring me to help South Sudan!