Home » The First Beauty and the Beast Trailer is Here

Disney’s Beauty and the Beast is a live-action re-telling of the studio’s animated classic which refashions the classic characters from the tale as old as time for a contemporary audience, staying true to the original music while updating the score with several new songs.
Share this post:

The first sneak peek for Disney’s upcoming adaption of Beauty and the Beast don’t divulge many details, but that doesn’t mean that the trailer doesn’t keep me longing for more! Twinkling notes of Alan Menken’s hauntingly beautiful “Prologue” plays in the background as we’re swept away into The Beast’s decrepit castle on a dark, snowy night. The castle is dusty and cobweb-ridden, indicating years of neglect; candles are flickering, and a low growl is heard by the Beast (Dan Stevens) as a portrait is ripped, yet he is never seen. A door slowly creaks open and Belle (Emma Watson) walks into the foreboding castle. Bickering is heard between Lumière (Ewan McGregor) and Cogsworth (Ian McKellen), but the only character that we get a brief glimpse of is Belle, who is peering at the enchanted rose.

Disney’s Beauty and the Beast is a live-action re-telling of the studio’s animated classic which refashions the classic characters from the tale as old as time for a contemporary audience, staying true to the original music while updating the score with several new songs. Beauty and the Beast is the fantastic journey of Belle, a bright, beautiful and independent young woman who is taken prisoner by a beast in his castle. 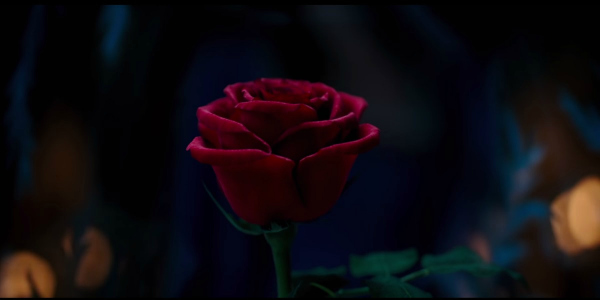 Directed by Oscar® winner Bill Condon from a screenplay by TBD based on the 1991 animated film, the film is produced by Mandeville Films’ David Hoberman and Todd Lieberman with eight-time Oscar-winning composer Alan Menken, who won two Academy Awards® (Best Original Score and Best Song) for the 1991 animated film, providing the score, which will include new recordings of the original songs written by Menken and Howard Ashman, as well as several new songs written by Menken and three-time Oscar winner Tim Rice. “Beauty and the Beast” will be released in U.S. theaters on March 17, 2017.

Connect with Disney’s Beauty and the Beast

The Light Between Oceans
LEGO KidsFest in Louisville, KY
Comment