‘Tis the season, award season that is. Once the ball dropped at the stroke of midnight on January 1st, the curtains descended, critics scurried to vote, and award statues were handed out: SAG Awards, Grammy Awards, BET Awards, Critic’s Choice, Emmy Awards, Golden Globes, Oscars, Sundance, and Film Independent Spirit Awards – the list goes on! I do have my fair share of favorite actors and actresses, but I’ll be the first to admit that it doesn’t go any deeper than watching their movies. Needless to say, you will not catch me sifting through the glossy pages of a celebrity gossip magazine! However, I love to momentarily get caught into the whirlwind of the glitz and glamour as the celebrities stroll down the Red Carpet during award season.

In honor of the 2014 Golden Globes, Skinnygirl® Cocktails sent me several bottles of their cocktails: Pinot Grigio, Cucumber Vodka, Chardonnay, Cabernet Sauvignon, and Prosecco. At only 100 calories per serving, these new alcohol beverages offer a guilt-free way to celebrate like a leading lady. They also sent me an Awards Show tool kit, complete with ballots, bottle labels, and a red carpet backdrop. 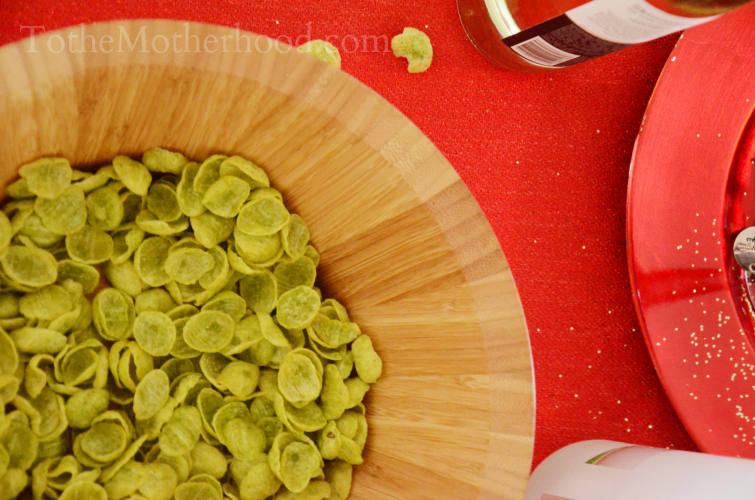 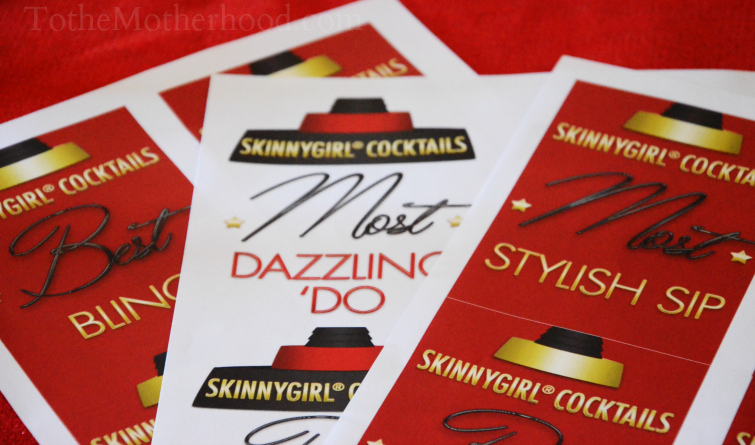 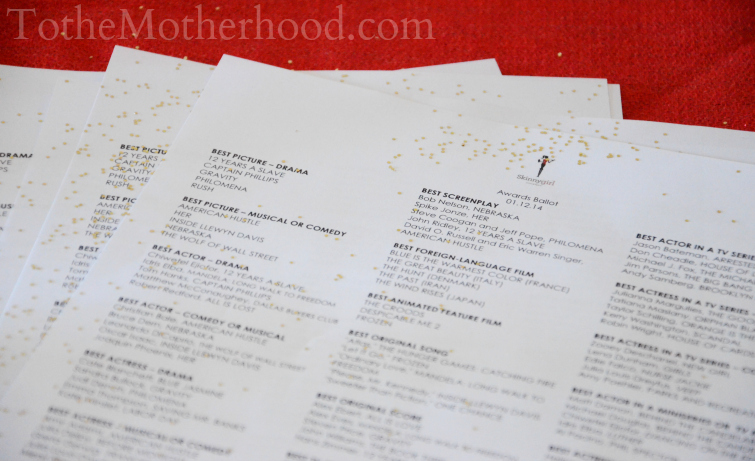 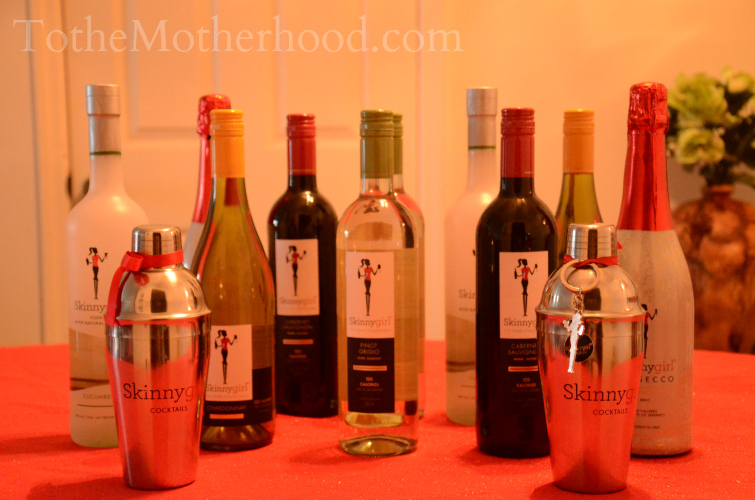 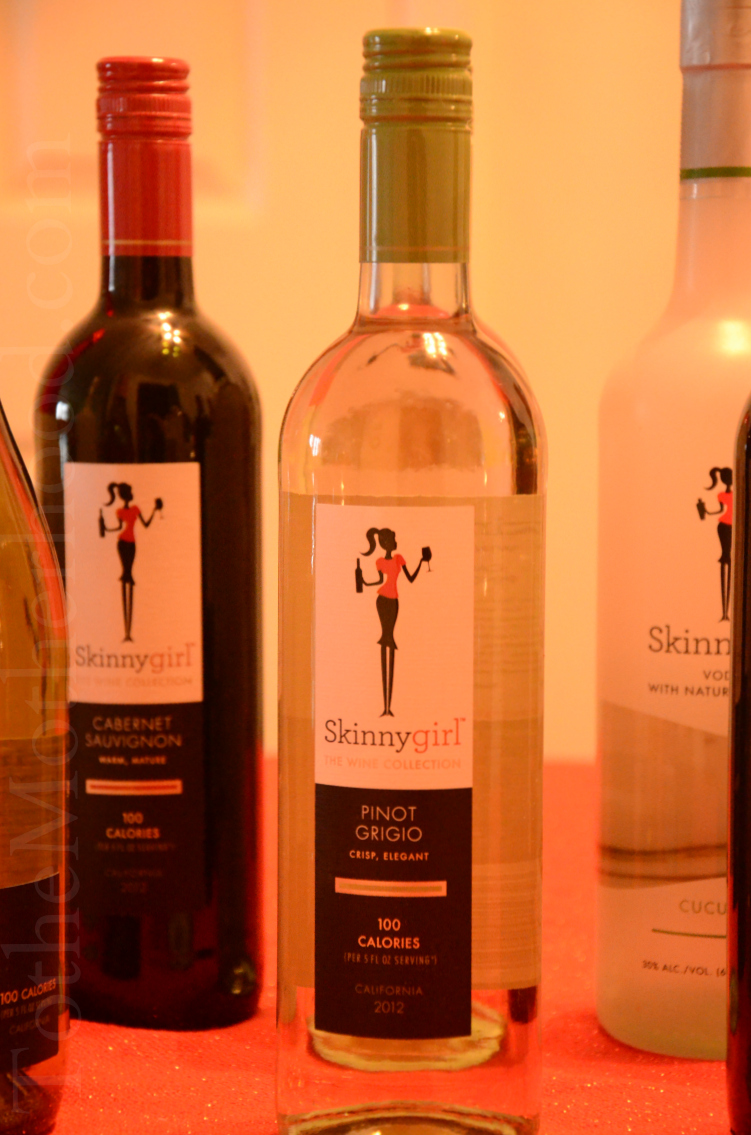 Add all ingredients into a stemless wine glass. Enjoy!

Combine ingredients over ice and garnish with a cucumber wheel.