Almar designs, manufactures, and distributes fashionable hair accessories, costume jewelry, cosmetics, children’s toys, and novelty items that will appeal every age group. They have been a reliable source for innovative and high quality products for over 45 years, continuing to be a valuable partner to some of the largest retailers in the US and around the world.

Since 1965, Almar has committed at least 10% of its annual profits to community giving. Almar’s philanthropic initiatives are dedicated to improving people’s lives throughout the world. The Jack H. Ashkenazie Foundation was created in 2001 and named after their founder. The foundation actively donates to schools, hospitals, homeless shelters, food pantries, toy drives and hundreds of other charitable organizations. In 2011, their campaign was expanded to include donating to every children’s hospital in the United States.

These donations are part of their 45-year-old, family-owned company’s ongoing commitment to give back, every day of every year. Their hope is that their contributions can help make a difference in people’s lives and put smiles on people’s faces. Whether it’s giving to a sick child, helping a needy family or contributing to cure diseases, Almar is constantly giving to those in need. 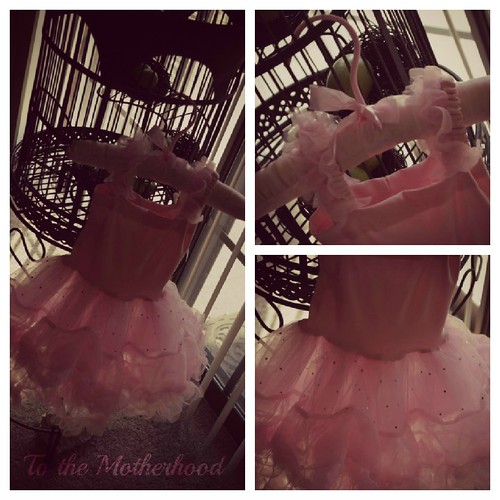 I became giddy with excitement when I first learned that I was expecting a girl. I knew I’d have fun dressing her up in all things girly – ruffles, ribbons, bows, and pink. I like dressing my son as well, but boys clothing is still limited when it comes to being fashionable. Not much has changed since 2006 in that regard. I’m enjoying it while I can with my daughter, because she might develop her own sense of style when she gets of school age (my son definitely has and he’s just 6 years old). This is easily understandable if that becomes the case, because I was a bit tomboyish as a child, yet didn’t really get into fashion until I was in my late teens. 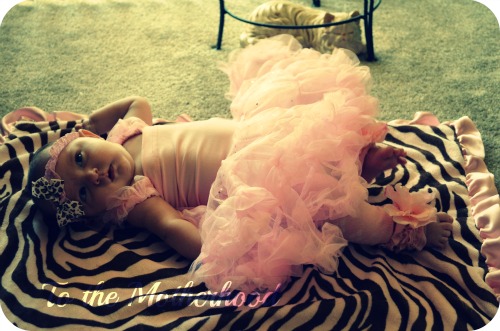 The Baby Ruffle Dress with Stretch Lycra Top (Leotard) features three layers of tulle that is adorned with small holographic faceted sequins. It has a sense of adorability and high quality that would make you and the recipient happy. I opted for a size small, which is ideal for 6 – 12 months old. Their medium is ideal for 12 – 24 months old. 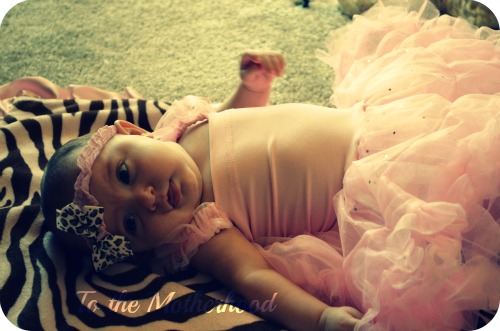 My daughter is very close to being 3 months old, yet I couldn’t help but slip this on her to see what it looked like on, even though it’s geared for older babies. I thought it fit her somewhat perfectly, but she has plenty of time to grow and wear this for a future special occasion. 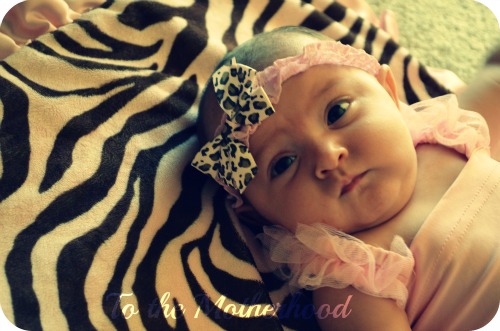 She also received several headbands. In the picture above, she’s wearing one of the animal print bow headwraps, the pink lace with a leopard print bow adorned on it. I know that animal print may have lost its luster due to being overused over the years, but it’s something that hasn’t gone out of style for me yet. I think it’s very girly, yet sophisticated. 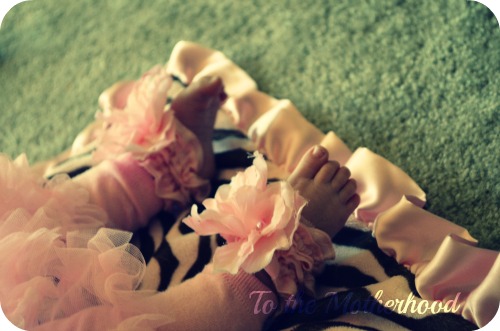