When I was a child, I fondly recall of having a Hedstrom Wonder Spring Rocking Horse that I’d ride for hours on end, every single day! Rocking horses have come a long, long, long way, because now there are toy horses that you can actually ride, such as the Giddy Up N’ Go Pony by Little Tikes ($99.99). This toy horse doesn’t bounce or rock. It trots, without the usage of batteries (just the weight of the little equestrian)! The Hedstrom Spring Rocking Horse pales in comparison to the Little Tikes Giddy Up N’ Go Pony on many levels. Thunder the Giddy Up N’ Go Pony is a life-like pony that will not only add fuel to a child’s boundless imagination, but it also helps them develop coordination and balancing skills.

The Giddy Up N’ Go Pony comes with 25 pieces: one body/head, four legs, two foot rests, two handle bars, eight screws, and eight screw hold plugs (these conceal the appearance of the screws, making the pony look more genuine). All that was required of me was a screwdriver – easy peasy! Assembling the pony was fairly quick, yet a tad challenging at times since the screw hold plugs had to be intricately placed. Thankfully, the screw hold plugs were labeled to let me know where each one went. Otherwise, assembling would have been quite tricky and frustrating!

You’d think this pony would make neighing, snorting, and galloping sounds, but it does not. This enables a child to put their imagination into full gear! I’ll be honest, I not so secretly loathe toys that make too much noise.

Little Tikes Giddy Up N’ Go Pony is valued at $109.99, but can be bought at $99.99 on the Little Tikes website. I can’t recommend this ride-on toy enough. It’s durable, reasonably priced, has a modern vintage appeal, and will provide endless hours of entertainment for a child between the ages of 3-6 years old. 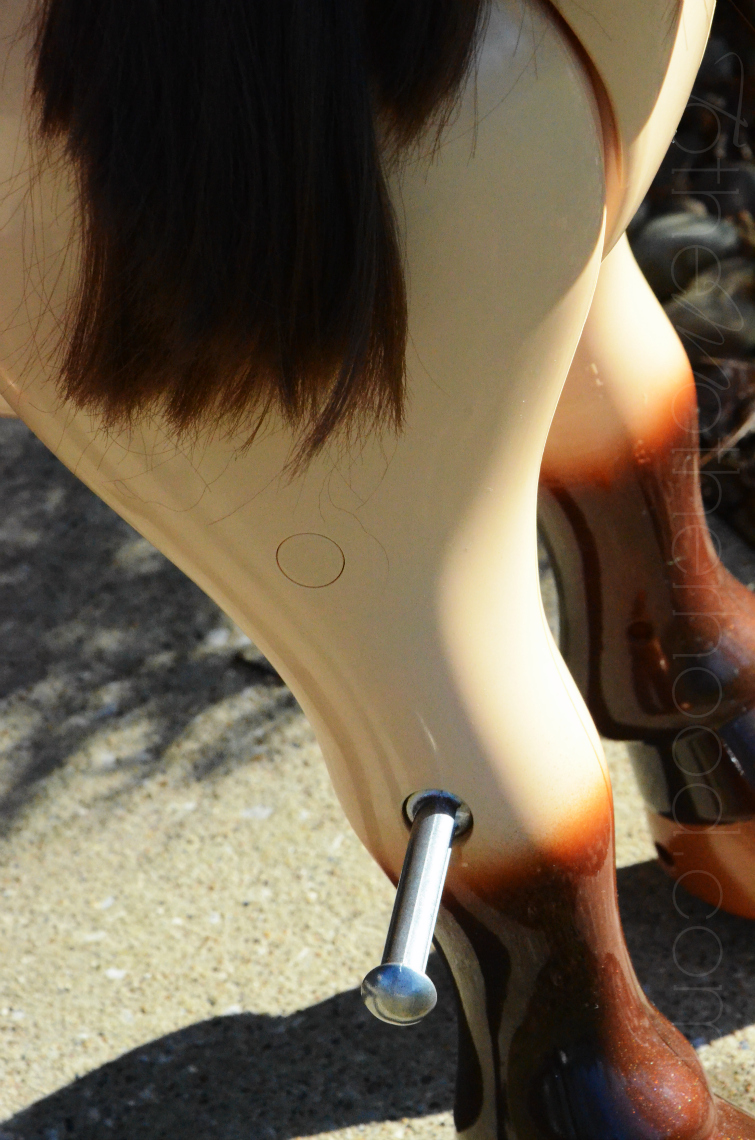