Nearly 2 billion people around the world lack proper nutrition. 1 in 3 of all childhood deaths are due to maternal and child undernutrition while malnutrition contributes to 3.5 million maternal and childhood deaths each year. 60% of the developing world is physically hindered mostly due to poor diets that are lacking sufficient nutrients and by high rates of infectious disease. That is a staggering amount.

A campaign of the Global Alliance for Improved Nutrition (GAIN), Future Fortified‘s mission is to ensure proper nutrition for expectant mothers, new mothers, and children during a 1,000 day period from pregnancy to their second year of life. Their goal is to increase access to improved nutrition for 50 million women and children by 2015. This enables children to reach their full potentiality, because proper nutrition is essential for brain development and physical growth. 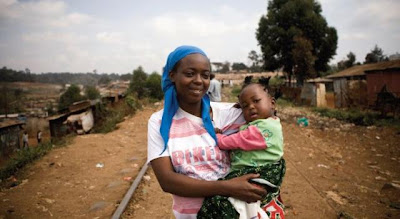 Future Fortified has invested in a budget-friendly approach to improve nutrition by providing Home Nutrition Packets. These small packets are fortified with a combination of micro and macro nutrients, which are essential for complete health and development. They can easily be sprinkled into a mother’s or child’s meal such as a bowl as rice. For less than three cents a packet in countries such as Kenya and Bangladesh, this is a budget-friendly way for low income mothers around the world to get the proper nutrition that they and their children need.

This campaign tugged at my heartstrings, because many people in the third world or underdeveloped countries are not receiving the proper nutrition that they need. They don’t have the privileges as many low income families have in America, because they don’t have government assistance programs such as Welfare or Medicaid. This is why I strongly believe in participating in campaigns such as this one. Even the smallest donation can make a difference.

You can bring awareness and show your support by visiting them on Facebook and following them on Twitter.