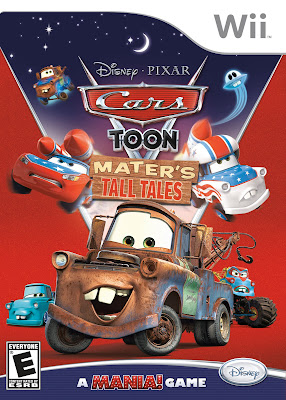 Disney/Pixar’s Cars Toon: Mater’s Tall Tales (Nintendo Wii) is a fun and addictive game that the whole family can enjoy, despite that it is geared toward children! I’m 25 years old and I’m not afraid to admit that I love to play video games in my spare time. It is a huge stress reliever after I’ve had a long (and sometimes frustrating) day. Therefore, I’m not uptight about my son playing video games as long as it is done in moderation, lol. This game is inspired by animated shorts based on characters from Pixar’s Cars, which my son is a fan of. Therefore, I couldn’t resist doing a review on this game!

With over 30 games, you get to experience all of the Mater’s Tall Tales cartoon shorts. This is definite must have to help your child to drive boredom away this winter season! You can customize the look of cars with collectibles earned in the game – my son’s favorite part! You can play cooperatively or competitively with family and friends – up to 4 people! The voice of every child’s favorite tow truck, Mater, is supplied by Daniel Whitney, “Larry the Cable Guy,” who also voices the character in the film and cartoon shorts. 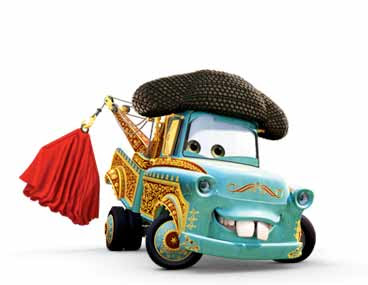 Mater was a famous bulldozer fighter in Spain. He fearlessly faced the wildest bulldozers with hundreds of fans cheering him on. But, when eleven bulldozers corner Mater, his best buddy Lightning is there to help him out. The bulldozers chase after Lightning, leaving Mater to bask in the glory. Olé! 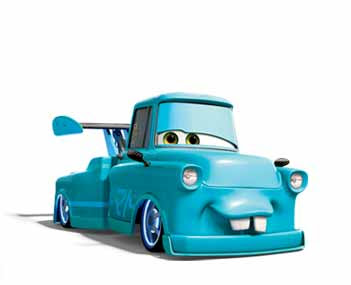 Mater finds himself in Tokyo and is challenged to a drift race by a Japanese car named Kabuto. Mater is modified with fancy upgrades, and then revs up his engine for the race! Kabuto zooms off, leaving Mater slipping and sliding through the streets of Tokyo. But Dragon Lightning McQueen shows up and gives Mater a boost all the way to the finish line. Mater is crowned the king of all drifters! 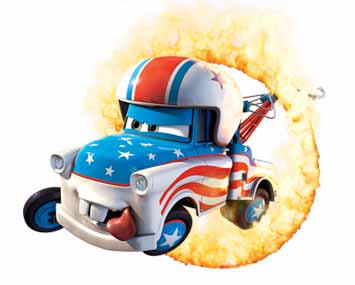 MATER THE GREATER
Mater used to be a daredevil who attempted all kinds of death-defying stunts! He once “jumped” a line of 20 cars, was shot out of a cannon, and leapt through a ring of fire. His most daring stunt was jumping across Carburetor Canyon. Lightning McQueen showed up to help Mater complete the stunt. 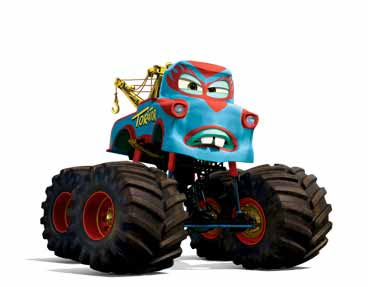 Mater signs up as an amateur wrestler and quickly rises up the ranks, defeating all the Monster Truck Wrestlers. Known as “The Tormentor,” Mater faces his biggest challenge: “Dr. Frankenwagon and his Monster.” With his tag team partner, Lightning McQueen (aka “Frightening McMean”), the pair win the match and become World Champions. 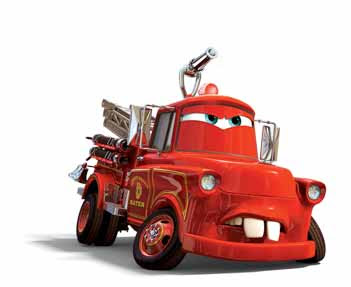 When Lightning McQueen gets trapped in a burning building, the heroic fire truck, Rescue Squad Mater, comes to the rescue! Mater quickly puts out the fire and rescues Lightning from the inferno. When Lightning is whisked to the hospital, he’s greeted by none other than… Doctor Mater! 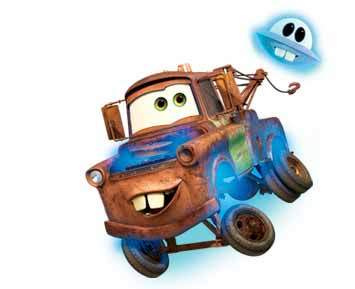 Mater befriends a small UFO who calls himself “Mator.” The two become best friendsÑthe UFO even teaches Mater how to fly! When scientists suddenly kidnap Mator, Mater goes after his little friend. He breaks him out of the Parking Area 51, and with the help of Lightning McQueen, returns Mator to his mother, Mrs. UFO.

I wrote this review while participating in a blog tour campaign by Mom Central Consulting on behalf of Disney Interactive Studios and received the Cars Toon: Mater’s Tall Tales Wii game to facilitate my review.