I have never been the type to jump on the bandwagon when it comes to fad diets. I find that many of them are unrealistic and normally don’t yield permanent weight loss in the long run. One of the diet trends that I used to be weary about was detoxing with just a beverage. I noticed people seemingly piled back on the pounds after a 3-7 liquid diet stint. Most likely they were shedding water weight instead of breaking down fat. That is until I was introduced to gentler approach to detoxing called teatoxing.

Teatoxing helped Giuliana Rancic shed seven pounds just in time for her wedding in 2007. It has helped Kendall Jenner get her runway-ready figure. It has also helped many other celebrities aid in detoxing, including Arianny Celeste, Ashley Benson, Tyler Blackburn, Sarah Hyland, and Bella Thorne, just to name a few! It has become one of the most popular ways to naturally detox and lose weight without causing any side effects. This popular diet is my cup of tea since I have always enjoyed drinking tea. Hardly anything gives me a sense of renewal and rejuvenation than that first sip of fresh, steaming tea in the morning!

I love that teatoxing is not restrictive as liquid diets since you don’t drink tea as a meal replacement. A tea detox involves incorporating a few cups of herbal tea in conjunction with a healthy diet and exercise. It is the ideal way to detoxify the body, while encouraging weight loss, clearing up the skin, speeding up the the metabolism in which you burn calories, supercharging the immune system, and increasing energy. I have also found it a wonderful way to relieve bloating.

FitTea is a brand that differentiates themselves from other detox teas since it is a 14-28 day detox tea ($25, 14-Day; $45; 28-Day) that is made of all-natural ingredients. Not only FitTea has won the approval of the aforementioned celebrities, but their tea has also been featured on The Morning Show, CNN, CBS, and Glow!

FitTea is made with all-natural ingredients that include Organic Green Tea, Oolong Wu Yi, Organic Rooibos, Birch, Ginger, Guarana, Pomegranate, Honey Powder, and Stevia. In addition to the all-natural ingredients, FitTea is also vegan, kosher, gluten-free, soy-free, dairy-free, independently tested, non-GMO, FDA CGMP, and made in the United States! I love how this tea come in sachets instead of white tea bags that are commonly used for tea, which are usually bleached. FitTea also comes in a caffeine-free alternative with Holy Basil (Tulsi), Spearmint, Rosehips, Linden Blossoms, and Lemon Myrtle as the ingredients. It is recommended to drink one cup of FitTea per day in conjunction with a well-balanced diet, exercise, and adequate water intake for optimal results. Their motto is: “Give us a few weeks and we’ll give you a new waistline“.

The first thing that I noticed about the FitTea was the fragrant aroma. It has an exotic, distinctive fragrance that I’ll describe as a combination of roses and lemons. One of my favorite pastimes is sampling different kinds of tea. It is saying a lot when I say that this has to be one of the most enjoyable teas that I have had so far! I love that this tea offers a wealth of health benefits, but the taste alone is remarkable. That is another reason why I look forward to drinking it every morning. In addition to the taste, I always find this tea to be soothing and calming, yet energizing enough for me to jump start my day.

One of my most common everyday struggles is bloating. This is despite the fact I have eliminated a lot of foods and beverages from my diet, including dairy and mostly soy (with the small exception of tofu). I’m not overweight, but I seemingly pile on the pounds after almost every meal. It can be unsightly as it is uncomfortable! I have noticed that the bloating issues have subsided since I have been drinking FitTea on a daily basis. Also, I have had problematic skin since I was 12 years old that I now refer as “teenage skin”, but teatoxing has clearly been doing its job since my skin has been noticeably clearer lately. I can easily understand why and how teatoxing is so popular!

You can socially connect with FitTea via Twitter, Facebook, YouTube, and Instagram. Join their mailing list to have a chance to win FitTea. You can also have a chance to win FitTea products and $500 by taking their FitTea Challenge. This involves taking a before picture, adhering FitTea to your daily regimen for 28 days, and uploading the after picture on Instagram with the #FitTea hashtag.

Have you ever tried teatoxing or any other detox regimen before? If so, please share your experience.

This post is sponsored on behalf of FitTea. All opinions are exclusively my own. 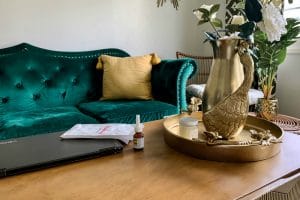 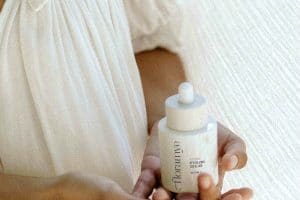